Grandiose mountains. Summits, as far as the eye can see. With the Matterhorn as an eye-catcher. Or the Aletsch Glacier, part of the first UNESCO World Heritage Site of the Alps. And through the middle is the Rhone valley.

Valais extends in southwestern Switzerland a length of 150 km from Lake Geneva to the Rhone glacier. The diversity of the landscape, nature and culture is reflected in the broad range of holiday destinations in Valais. Guests can enjoy very extensive winter and summer sports, unique golf courses, spa oases and healing springs. Most stations are above 1,500 m. Valais is a paradise for mountaineers. There are several dozen four-thousand-metre peaks here, including the famous Matterhorn. Similarly, the highest mountains in Switzerland can be found here, such as the Monte Rosa Massif with the Dufourspitze, 4,634 m, and the longest glacier in the Alps, part of the UNESCO World Heritage Swiss Alps Jungfrau-Aletsch. 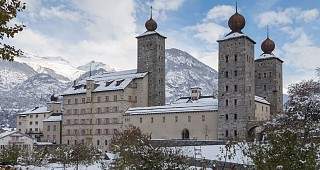 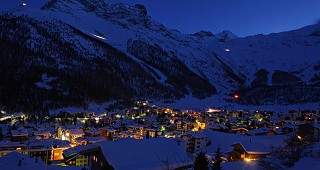 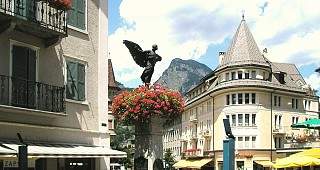 The lovely old town with its stately houses, cosy inns and hotels will tempt you to linger awhile. Lively Bahnhofstrasse is great for shopping, and the Stockalper Palace in Brig is one of the most important baroque palaces in Switzerland.

The history of Brig is closely linked with the Simplon Pass, one of the most beautiful alpine passes which starts immediately beyond the city gates. Napoleon built a road through the Simplon Pass in the 19th century to move his armies, thus creating the first man-made road in the Alps.

Brig is a perfect starting point for an excursion to Zermatt or Saas-Fee, for example. It also lies along the route of the famous Glacier Express, which links Zermatt and St. Moritz. Going south, Brig is the most northerly border station for the Simplon railway tunnel to Italy. To the east, you pass through Goms, and the Furka Pass leads to central Switzerland; the Grimsel Pass into the Bernese Oberland; and the Nufenen Pass into the Ticino.

There are skiing areas near Brig on the sunny terrace of Rosswald and in Rothwald on the Simplon road. The ski areas of the Aletsch are also close by as is Goms, a veritable paradise for cross-country skiers.

There are over 150 km of marked hiking trails on the Simplon and Lötschberg and in the Aletsch region. Cycle and mountain bike routes also abound. Experts will enjoy the tour to the Rosswald viewing plateau. The Brigerbad Baths, one of the biggest open-air thermal centres in Switzerland, are thoroughly exhilarating.