Welcome to the 3-star superior Hotel Grauholz. Seven minutes from the city center, yet located in the countryside, providing your temporary home with the best views of the Bernese Alps.

Arrive and breathe, your time out in Bern - Hotel Grauholz

The complex was rebuilt in 1997 and has been consistently renovated ever since. In addition to 62 double, single and family rooms, the hotel also offers 3 conference rooms that can accommodate up to 40 participants. With our modern hotel lobby complete with complimentary pastries and beverages, the park-like garden with fountains and a children's playground as well as a business corner, round off every stay with us perfectly.
Our friendly reception staff are available for you round-the-clock. We offer flexible arrival and departure times and convenient parking on the hotel's park lots. Before you leave your room for the day ahead enjoy our rich breakfast buffet every morning from 6:30 to 10:00 consisting of local products, fresh orange juice and organic food for a perfect start to your day. 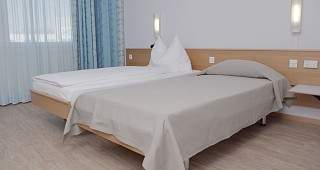 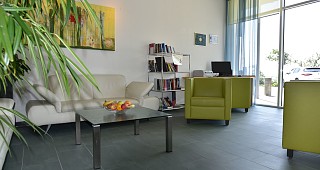 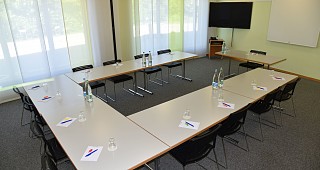 The Hotel Grauholz, located by the city of Bern and on the motorway A1, can be best reached thanks to its connecting bridge above both driving directions. Surrounded by fields and forests, the centre of Bern can be reached in only seven minutes.