Being located in the heart of Switzerland, hotel Arte is a great choice not only for business travels but also for Swiss discoverers.

For business or leisure, the hotel Arte team will spoil you with 4* hotel amenities, delicious meals and more. All the rooms have a rain shower and the Comfort Style category has a bathtub, where you can relax after a productive day. The outstanding location allows you to reach Lucerne, Bern, Basel and Zürich within 40 min by train and for those who would rather explore the area in more sporty manner, we rent e-bikes for the a half or whole day. So you can discover nature along the Aare or ride until Solothurn to admire the old town.
Hotel Arte is also very family-friendly, you can choose to stay in our family rooms or just have two separate rooms next to each other. The area offers many kids and family activities in nature and in the town on Olten itself. As dogs are also part of the family, they are welcome in the hotel Arte too.

The hotel is open 24/7 and our team is happy to help you with any requirements or answer your questions. 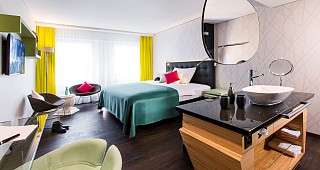 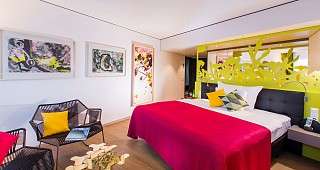 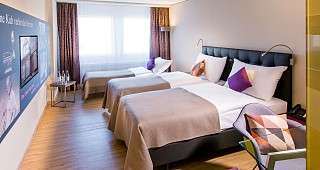 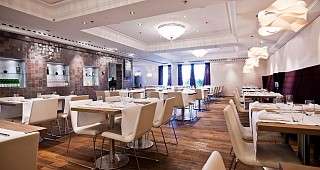 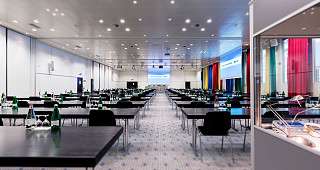 Next to the Jura and Alps, the Swiss Plateau forms one of the three main regions of Switzerland. It includes some flat, but largely hilly area between the Jura and Alps. Beautiful landscapes can be found here. Quiet rivers in a pastel colour. Cantilevered roofs protect abundant Emmental farmhouses. Rolling hills descend from the Alpine foothills to the plains of Zealand. In the north, the Jura ridge greets above Lake Biel, Solothurn and the Oberaargau. The prosperity of the villages is reflected in the cities: thick walls, covered footpaths, streets, enlivened by fountains with figures that tell of a sonorous past, including the capital of Bern for example (now a UNESCO World Heritage Site). In medieval towns, time seems to stop. Alpine foothills and the Jura mountain ranges offer superb winter sports and hiking in the summer. Gems of the locals: Emmental, Gurnigel / Gantrisch region, Weissenstein high above Solothurn.

Aarau, founded around 1248 by the Kyburgs on a rocky plateau above the Aare, still radiates the spirit of bygone times and has thrilling attractions. Historic buildings such as the Obertorturm, at 61.24 metres the highest preserved medieval city tower in Switzerland, and the town church from the 15th century with modern stained glass windows by Felix Hoffmann and Roland Guignard, the Fountain of Justice, or the house in the castle garden, the first Swiss government seat, are waiting to be discovered. A special feature is the many richly painted eaves of the old town houses which give Aarau its nickname, the "town of beautiful gables". Aarau even has something unique underground: the Meyer's cleats, a fascinating tunnel system from the early industrial period.

In the picturesque Old Town, there are many special shops and restaurants to spend the day in. Art and culture lovers will appreciate the variety of high-quality museums and with Bachfischet and Maienzug Aarau also has centuries-old, vibrant customs which attract not only Aarau locals into the streets. Aarau is also currently known throughout Switzerland for the crime series "The Undertaker".

Outside the Old Town there are idyllic garden quarters and a well-developed leisure and recreational infrastructure, such as pool by the Aare, the racecourse, the Roggenhausen Wildlife Park, the floodplain, and walking and hiking trails.

The Hotel is located only 7 min walking distance from the train station Olten and can also be reached easily by car from the highway or main road. The hotels offers a parking garage.